The Ilyushin IL 86 was the first widebody aircraft of the Soviet Union and can carry up to 350 passengers. It completed its maiden flight on 22nd december 1976 and a total of 106 aircrafts were built until productions ended in 1994. 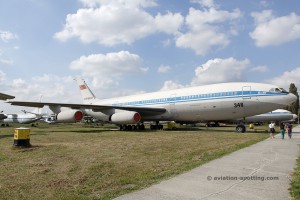 Ilyushin IL86 prototype, which is preserved at the State Aviation Museum Kiev.