The Antonov 140 is a twin engined turbo prop aircraft for regional routes. It was designed to replace the AN24 and is able to operate from unpaved runways and at high temperatures or high airports. it completed its maiden flight on 17th september 1997 and atotal of 33 aircrafts have been built so far. The AN140 can carry up to 52 passengers at a operating range between 1.380 km and 3.000 km. 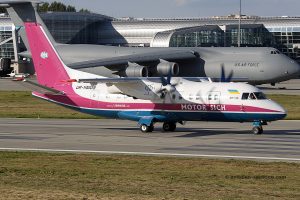 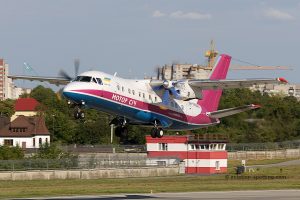