The Antonov 124 is a 4 engined cargo aircraft, which can carry up to 120 tons (civil version) or 150 tons (military version). It completed its maiden flight on 24th december 1982. It is the second largest cargo aircraft in the world. 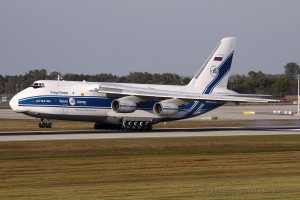